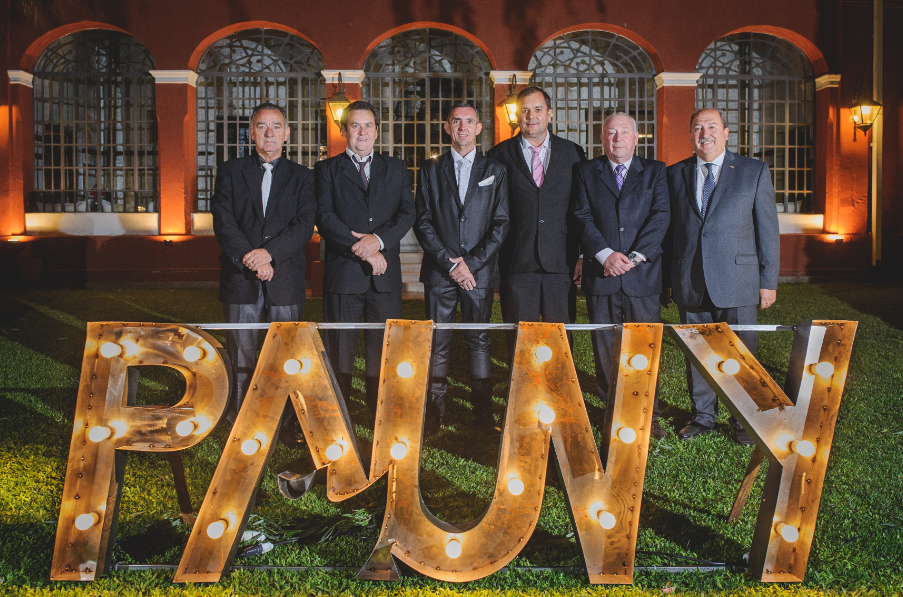 PAUNY CELEBRATED ITS 15 YEARS; LAUNCHED 2 NEW TRACTORS IN THE MARKET AND HAS LARGE PROJECTS FOR 2017.

During the event, they presented the commercial results obtained during 2016 and the launches and growth plans for 2017.

On this occasion, Pauny presented two new products: NEW ARTICULATED TRACTOR (MODEL: 590 PS ie) and a NEW DESIGN OF THE ASSISTED TRACTOR LINE that adapts to the new generation sowers (MODEL: 2.200 A). Developments that respond to the customers’ demands.

In the first quarter of 2017, Pauny will start the production of the new conventional 200 hp assisted tractor, fully mechanical in its conception (engine and box) with an ideal hydraulic capacity for direct seeding with last generation machines. On the other hand and in the segment that stand out, the one of the articulated tractor, it will be offered a full power shift equipment with independent PTO and hydraulic capacity unique in the market. In addition, next year, in the road field, it will aim to conquer the market with its traditional product of motor grader and a new model of greater power and its conception of machine completely reformulated; with backhoe loaders of 80 and 100 hp, and loader shovels of 1, 2 and 3 m bucket.

“Pauny closes 2016 with a sale of units that exceeds 30% the previous year; we project a 2017 with greater activity, based not only on gaining market positioning but also because of the great expectations generated by the new models launch and the beginning of the announced public work execution.” Raúl Gia Levra - President of Pauny S.A affirmed ? and added “Growth is leveraged in the development of different foreign trade actions, which we started during this year and will continue during the next one. The main activities of 2016, in this sense, were a dealership opening in Uruguay, the tractors assembly in Paraguay and the constant work we do to enter the Brazilian market. All these sustainable projects are kept if a competitive exchange rate is sustained.”

Check out all the event’s photos on our Facebook!